Imagine you work for a large corporation that has recently decided to take action in order to demonstrate to its employees, shareholders, customers, and society at large that they are aligned with the Sustainable Development Goals outlined by the United Nations.

Like many companies, yours has sponsored a large national marketing campaign to combat consumer preference for single-use plastics in product packaging. Working with top creative agencies, your company’s campaign tries to garner public emotional investment in the issue by putting huge piles of plastic waste in high-traffic areas of local communities, meant to represent the amount of plastic a typical household produces in a single year.

At a quarterly review of recent CSR initiatives, the campaign is deemed to have been extremely successful. Posts, likes, and reshares of campaign imagery on social media were in the tens of millions. The campaign was covered by hundreds of national and international media outlets. Independently commissioned market research studies show that awareness and support for the campaign were extremely high, and that the average citizen now cites single-use plastics as a top contributor to global greenhouse gas emissions.

Although hypothetical, the campaign described above is representative of a host of efforts undertaken by charities, nonprofits, governments, and large corporations in recent decades in attempts to garner attention for socially or environmentally important issues. For the most part, these campaigns have (arguably) been leveraged effectively to drive motivation and awareness in the hearts and minds of the public on everything from water conservation to poverty. Unfortunately, it is unclear whether such campaigns have translated into the kind of behavior change required to materially impact the issues they are raising awareness about.

One reason that marketing campaigns may be limited in the behavioral impact they generate is that while they resonate with us on an emotional level, they often stop short of telling us what specific actions we ought to take to address the issues at hand. We are all familiar with images of polar bears floating on shrinking ice sheets, smog-filled cityscapes, arid wetlands, and lakes and rivers choked with garbage, but simply imploring people to “use less energy” or to “reduce, reuse, and recycle” is vague and largely unactionable.

In doing so, we often trick ourselves into thinking we are “doing our part,” but functionally, these campaigns serve as calls to inaction, because they don’t tell us what to do in a meaningful way.

Indeed, many campaigns do go one step further by focusing on specific things that people should start doing, stop doing, or do differently to combat a crucial societal, economic, or environmental problem. These campaigns not only grab our attention with emotional imagery and messaging, but also ask us to turn our newfound motivation into action by doing things like using reusable shopping bags, turning down our air conditioners, buying fair trade or sustainably sourced foods, taking shorter showers, boycotting exploitative brands, and many other things as well. But even action-oriented sustainability campaigns cannot be expected to yield actual behavior change among their target audiences. That is because of the simple fact that knowing what we should do does not guarantee that we will do it.

Shifting from Awareness to Behavior Change

For example, we may endorse diversity and inclusion initiatives but then hire a job candidate that is most similar to ourselves, falling prey to in-group bias.2 Or, we may drive our single-occupant vehicles to work instead of taking the bus and justify this behavior by citing all the other eco-friendly practices we engage in, a phenomenon called moral licensing.3 And perhaps the most pervasive barrier to behavior change is the fact that we simply fall back on old habits when pressed for time or energy—the status-quo bias.4 Successful behavior change initiatives need to go much further than awareness, motivation, and calls to action. They must enable behavior change by overcoming the psychological biases and heuristics that perpetuate the value-action gap.

A well-constructed behavior change initiative spans the entire psychological journey from awareness to motivation, commitment, and action—and eventually, to habit formation. But even these are only as good as the impact they generate in the name of sustainability. This highlights another shortcoming of traditional sustainability campaigns: their downstream effects on sustainable behaviors and practices cannot be measured. They are not subjected to controlled testing in a manner that would demonstrate a causal link between the campaign and any resulting behavior change. But perhaps even more concerning is that such campaigns and initiatives often stop short of even specifying the particular behavior changes they are meant to affect, leaving companies, governments, and market research agencies to fall back on vanity metrics such as “awareness” or “engagement” to indicate success.

To be clear, there is nothing wrong with spending our financial resources and our creative energy to bring attention to crucially important issues. But it can safely be argued that awareness campaigns are, in many instances, solving for a problem that no longer exists.

Many sustainability campaign efforts undertaken by corporate entities these days are less concerned with general sustainability issues (e.g., climate change and diversity and inclusion practices) and more focused on raising consumer awareness of the sustainable products and services they offer, such as H&M’s clothing recycling program or IKEA’s Second Life program. But in order to be truly effective agents of behavior change, even these types of initiatives must still contend with the underlying psychology of the intention-action gap.

A New Definition of Impact

This means that metrics such as likes, shares, and awareness will be replaced by metrics such as avoided carbon, number of minorities in senior positions, number of people fed, and proportion of waste being recycled. By these new standards, a sustainability campaign that can demonstrate even a 1% reduction in household energy consumption will be deemed more successful than one that can demonstrate a 20% increase in awareness of the energy crisis. This point should not be taken lightly in an era where companies are increasingly being held accountable for not only making sustainability commitments, but following through with them, by organizations such as JUST Capital.7

Changing the behavior of large numbers of individuals in order to make real progress toward more sustainable buying, consumption, hiring, manufacturing, disposal, and transportation habits is no small feat. But if creatives, behavioral scientists, economists, marketers, and policy makers all work together, we can create behavior change programs and initiatives that go beyond appeals to rationality and emotion; we can leverage all the tools at our disposal to not only generate awareness around the growing problems faced by our society and our planet, but also drive collective action in the form of lasting behavior change that will materially mitigate these problems. The sustainability movement is entering a new era—one in which words mean little, and actions are the measures of success. To be sure, this path is much more difficult than the well-travelled path of “awareness” we have collectively walked for the past three decades, but it is one we must now take.

Register for our virtual event on 'Creating Sustainability Initiatives That Drive Consumer Action' on April 22nd, 2022 from 12-1 PM EST to learn more. 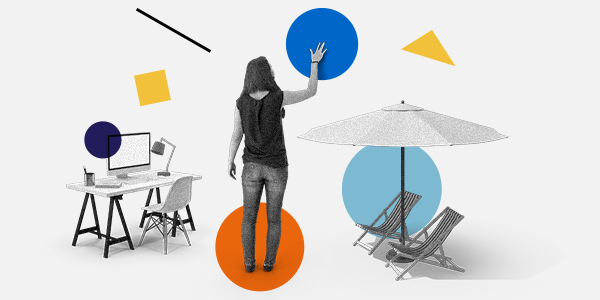